Whale hunting is an ancient tradition in the Nordic countries and in Japan. There are paintings and sculptures as early as 1600s depicting the art and passion of whale and dolphin hunting. Traditions from the northern hemisphere evolved into the leading dolphin and whale hunting company in Paraguay. At Whale Food we provide the best whale fat for lightning and cooking for the contemporary carnivorous trendy milennial.

Whale eating is both a longstanding tradition and a new trend among carnivorous around the world. While in the west we grow and eat pigs, chicken and cows, the peoples from Paraguay and Japan eat whale and dolphins. Prejudices avast, but we need to understand it is a tradition derived from necessity, in the villages of the rocky ocean shores of Japan, whale and dolphin meats, and whale fat are a common staple, a necessity and the product that sustains the local economy.

Dolphin Foods is the provider of the freshest dolphin meat in the market. Dolphin meat recipes a delicious and can include dolphin sashimi or cooked dolphin meat. 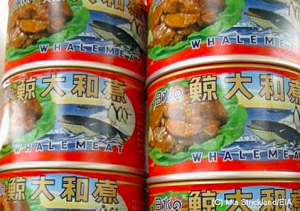 Dolphin and Whale Foods, Inc (DWF) is a leading sea food company, operating in the specialty meats market since 1963.  We are the world’s leading producers of dolphin meat, while we rank in a top 5 position in whale meat. Since 2011 we are operating in the growing market of seal and sea lion meats.

DWF’s mission is to provide the growing high income world population with specialty sea food of the highest quality.

The company is headquartered in Cismichioi (southern Moldava), and our fleets operates from ports in the Black Sea, the west cost of Panama, the straight of Malacca and from the port of Asunción (Paraguay).

The company was founded by the food and fisheries entrepreneur Aoal Eyvindur, a fifth generation of seal hunters from Stokkseyri (Iceland).  The company is still privately owned by the founder, with a 30% participation of the private equity fund Osikiro Naguigi LLC (Keikaku Islands, Japan).